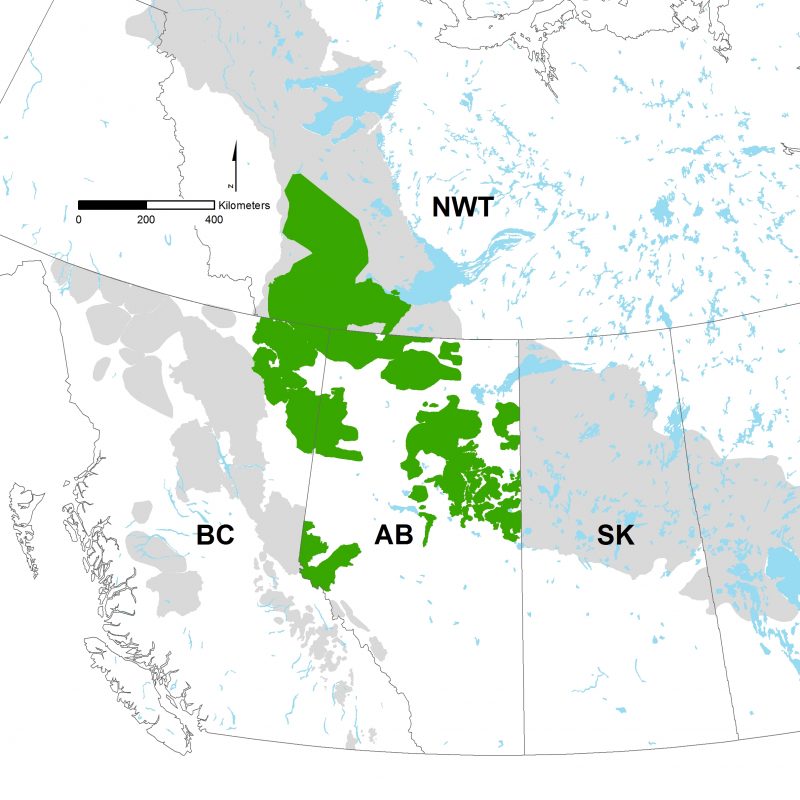 Range delineations of 21 populations of woodland caribou. Calf–adult female ratios and adult female survival were monitored annually for various periods within each range between 1994 and 2015. Note that the Cold Lake range extends into Saskatchewan and that this portion of the range is not shown.

In light of global climate change, understanding how species respond to climate variability is now fundamental to wildlife conservation and management. Impacts of climate change have focused on expanding deer and moose into caribou range, and the subsequent increase in predators that incidentally prey on caribou. Climate change, however, may impact caribou populations in other ways. Specific to predation, increasing freeze-thaw cycles in winter may make it easier for predators to run on snow, leading to increased caribou-predator encounters. Climate variability may also directly affect caribou reproduction and survival through metabolic mechanisms (e.g. forage availability, energy expenditure).

The recruitment rate (number of calves per female) and adult female survival were both impacted by weather variability, although each rate was affected by different factors occurring within different seasons. For example:

These results suggested that a female’s balance of body reserves from the preceding year influences annual survival and that this balance is dictated by building resources in the previous autumn and spring. Comparing the two demographic rates, weather-mediated effects on calf-to-adult female ratios and adult female survival appeared to have similar impacts on caribou population dynamics.

The full report can be downloaded here.