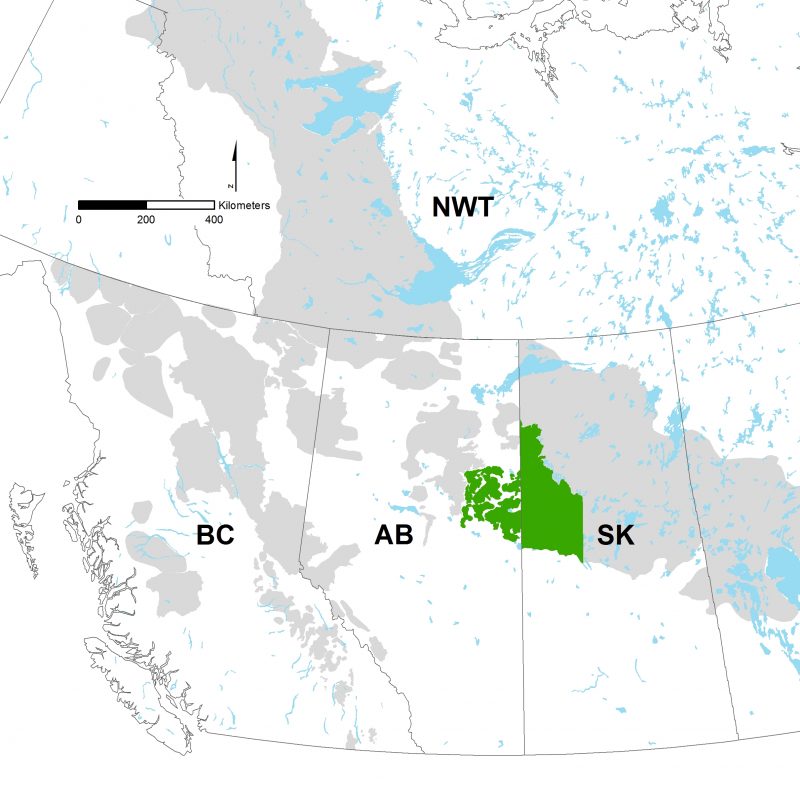 In 2017, the CMU initiated the Ecosystem Monitoring Camera Program in collaboration with the University of Alberta, Government of Alberta and RICC. The program was designed to monitor responses of various species to existing management actions over time in northeastern Alberta.

The Ecosystem Monitoring Camera Program’s goals are three-fold. The first goal will be to monitor multi-species responses to caribou management actions over time using a remote camera program. The program specifically monitors changes in relative density/abundance and activity levels of multiple species including ungulates (moose, deer, woodland caribou) and predators (wolves and bears) over time in caribou ranges with:

The provincial government began a predator reduction program in the winter of 2017 in ESAR and Cold Lake, which aims to remove all wolves within these caribou ranges during winter.  In Cold Lake caribou range, the Cenovus-led Linear Deactivation (LiDEA) program has restored over 200 km of seismic lines. The Saskatchewan Boreal Plains range is thought to act as a “pristine” reference in which Alberta’s ranges can be compared to. Monitoring how the mammalian community responds to predator reductions and habitat restoration is imperative to support the directives identified in the federal recovery strategy and draft provincial range plan.

The second goal of the program is to simultaneously clarify the relative influence of human habitat alteration and climate on expanding white-tailed deer densities. White-tailed deer are have become increasingly common within caribou range in northern Alberta. These increased white-tailed deer densities have been linked with an increase in wolf densities. Previous studies have speculated that habitat alteration and climate change will combine to influence deer and caribou populations. However, the relative contributions of these impacts are difficult to quantify, primarily because climate and landscape alteration co-vary across much of Canada – winters become more severe and lands less altered by humans at increasing latitudes.

Finally, the third goal is to monitor mammal densities within the Richardson range to collect baseline ungulate and carnivore data before and while white-tailed deer expand into the Richardson range, which is at the northern limit of white-tailed deer range. Understanding deer densities over time, and deer co-existence with caribou and the related mammalian community, is necessary to understand the relative role of habitat-mediated and climate-mediated apparent competition.

Stay tuned for more information as the project is developed.